If you aren’t a crypto expert, then all of the information so far conveyed probably won’t make any sense to you. In this article, you will find a comprehensive explanation of what we have already covered, and what else there is to know about Moonbeam:

Moonbeam is a decentralized, permissionless smart contract platform, which offers its users Ethereum-compatibility, that works on the Polkadot network. Because of Moonbeam’s Ethereum compatibility, developers are able to deploy DApps and Solidity smart contacts, saving money on fees while doing so.

As an added bonus, because Moonbeam is one of the Polkadot network’s parachains, it benefits from the Polkadot network’s famous robust security. Moonbeam uses Web3 RPCs, subscriptions, keys, and accounts that are very similar to the Ethereum networks, making it easier to use for those who have previous experience with Ethereum. In addition, Moonbeam has staking. If you are interested in staking, then read more on GLMR staking, so that you know what you’re doing on Moonbeam’s platform. Moonbeam also has additional features, like cross-chain integration and chain management.

If some of the terms and names used so far have been lost on you, here are a few explanations:

Polkadot is a blockchain protocol that connects multiple blockchains into a single, unified network. Blockchains are database that enables the creation of a digital ledger, which can be shared among different parties. There are several types of blockchain: 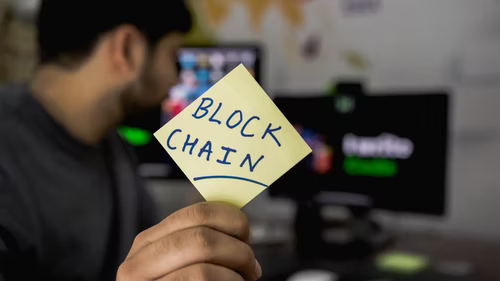 Ethereum is a decentralized, public blockchain platform. It is one of the crypto world’s most popular platforms. With that said, the platform has its limitations, making Moonbeam a much better option. Ethereum’s platform uses the native Solidity scripting language. Ethereum’s ecosystem is very popular among developers because it offers developer tooling and practices established through the maturity of Ethereum’s protocol.

Staking is a term used to describe the act of committing one’s crypto assets to a blockchain network, in order to support it. It is the process of actively participating in a network’s transaction validation, which is similar to mining. By staking, users earn rewards. It is a great way of essentially turning doubling one’s crypto with very little work. For this reason, it is extremely popular among traders. The Moonbeam platform allows its users to stake their GLMR, earning more as they do.

Many in the crypto trade considering using the Moonbeam platform, and there is definitely a good reason to. Moonbeam has so many similarities to the Ethereum platform, but it does not have the limitations and scalability issues that one typically finds there. In addition, because of its similarities to Ethereum, developers can redeploy existing smart contracts without having to use different tools and integrations.

What Are Smart Contracts?

As mentioned in the previous point, Moonbeam enables users of the Ethereum network to redeploy existing smart contracts, without having to use new tools that they aren’t familiar with and different integrations. This saves developers a lot of time, enabling them to focus on delivering results, instead of learning new tricks and skills. Users can also deploy new smart contracts. But what are smart contracts?

Smart contracts are programs that are stored on a blockchain’s network. These programs run when predetermined conditions are fulfilled, allowing for complete accuracy. Smart contracts are typically used for automation, particularly the automation of agreement execution, which allows all participants involved in such agreement immediate certainty of their agreement’s outcome. This ensures that no party involved suffers time or money loss. In addition, smart contracts trigger new actions when conditions are met, and automate workflow.

There are many benefits to smart contracts, including:

Moonbeam’s release is scheduled for January 2022. Despite the platform not yet being released, Moonbeam has amassed a substantial community. There are forums, chat rooms, and websites dedicated to the platform. If you are an up-and-coming crypto trader or developer, then getting involved in this community and networking will help you to develop and become better at your trade.

Moonbeam is one of the crypto world’s most exciting platforms. If you are used to Ethereum but are tired of its limitations and scalability issues, making the transition to Moonbeam is a very good idea.

The Top 5 Smartphones Used for Mobile Betting When in India

Online Marketplace is the Best Option for a New Business: How to Build a Good Software?

Top 5 Microsoft Tools and How They Work?