With diversity and discrimination being major concerns right now, companies try their best to stay on the right side of these issues as much as possible. It means that they give everyone who wants to do business with them an equal and fair opportunity. Though this is great progress for social justice, companies still find themselves in a tough position when they need to operate in accordance with US foreign policies. An OFAC check is a policy that can cause some organizations to be exceptionally careful about the process and perception of their hiring practices. Yet, if they fail to do one, they will be putting their business in jeopardy.

What is an OFAC Check?

Operating under the Department of the Treasury, the Office of Foreign Assets Control (OFAC) administers and enforces economic and trade sanctions on individuals or companies owned, controlled by, or acting on behalf of, targeted countries. These countries, individuals, and companies are either involved with or perpetuate drug trafficking, terrorism, and creating weapons of mass destruction.

These entities are published in a regularly updated list. An OFAC check also called a sanction check or OFAC list search is the act of reviewing this list before engaging in a business relationship with an individual or company. For businesses, this includes hiring employees. Since most entities on the list are common Latino or Arabic, this presents a problem for when a company wants to increase the diversity in the workplace, but their search may turn up false positives.

Though a company isn’t penalized for forgoing a search, it can be penalized for identifying an entity on the list and still choosing to do business with them. We’ll be exploring the repercussions of this and how conducting an OFAC list search can protect an organization.

Being on the wrong side of OFAC can be disastrous. If an organization is found violating sanctions, it will be seen as complicit, which isn’t good for its image. People will quickly start to associate that company with whatever entity was on the sanction list. It can affect the organization’s stock price, organizational structure, and client base. Business relationships and networks will also wither as everyone affiliated with that organization distances themselves from the PR storm that’s brewing.

It will get even worse when the persons who were involved or responsible are imprisoned. Violating these sanctions can result in jail time of up to 30 years. A news report like this can sink an organization. Most times, human error is the cause of missing an entity on the list. Organizations can use a screening database that is easy to navigate and make sense of to eliminate that possibility. Some screening databases also incorporate other sanction lists, like Interpol or Europe, for a more comprehensive search. If manually searching the OFAC list is too tedious, one of these databases can help an organization comply with US foreign policies immensely.

If they’re not hit with jail time, the violator will be forced to pay a fine of up to $20 million, depending on the offense. Other possible fines may also come into play, increasing the total expense.

If the party is also found in violation of the Trade with the Enemy Act, it could pay $90000 per violation. For violations of the International Emergency Economic Powers Act and the Foreign Narcotics Kingpin Designation Act, the party can pay $308000 and up to $1.5 million per violation, respectively. As one can expect, these figures will change depending on the crime committed. Organizations need to ensure that they are up-to-date on the current sanctions to avoid violations and operate within their limits if licensed.

Further financial security risks also present themselves in the form of fraud. Entities from these lists can scam a company or swindle them without anyone realizing it. 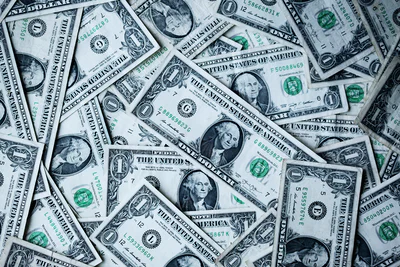 OFAC checks are important for upholding US foreign policies and keeping the nation safe. For an organization to effectively protect itself, it is encouraged to do OFAC checks for entities with which they are starting business relationships. Failure to comply causes an organization to violate various economic and trade sanctions. These violations can destroy a company’s reputation if it’s found to be an accomplice to terrorists, drug traffickers, and money launders. Aside from facing jail time of up to 30 years, violators may also end up paying fines of up to $20 million. The best way to avoid these consequences is by doing thorough OFAC checks and getting operating licenses where required.

How To Make Your Small Business More Accessible To Customers?

Brick Business Breakdown: How to Open a Physical Store Location

Keep Your Team Close And Your Prospective Clients Even Closer