Have you ever been in an accident where the fault isn’t yours but that of a second or a third party, like a car crash or a product malfunction? God forbid you won’t ever be in one, but if you have, know that you have the right to gain compensation from the person or company that caused the accident or personal injury. The compensation can be in any form, from repairs or replacement of the product to the payment of hospital bills or a cash remittance. There are, ideally, two ways to go about getting the compensation: legal and out-of-court settlement.

Taking legal recourse provides the best results. Through a personal injury (PI) lawsuit, you have a chance to gain the highest financial compensation from the defendant, a possibility to get free repairs to the damaged product/s, and even a probability of free settlement of any incurring hospital bills. The only drawback is that all those benefits will heavily depend upon the jury, hence the chance factor.

Unless every little detail regarding the incident (or accident, in this case) is in your favor, from properly backed proof to reliable witnesses, it isn’t usually prudent to go through with the PI case until the jury’s verdict is reached. The river of PI lawsuits rarely ever leads you to your desired destination, so swerve toward the tributary of out-of-court settlement instead.

According to a recent study, more than 95% of PI cases are settled pretrial in the US. Why isn’t the spectacular compensation that can possibly be gained from an in-court recourse as attractive as an out-of-court settlement?

As mentioned in the previous section, PI lawsuits are heavily dependent upon the jury’s verdict. If the jury, for whatever reason, decides against you, then you may not see a dime from the defendant. On the other hand, an out-of-court settlement provides guaranteed results for the plaintiff and an amicable solution for the offender. Why wouldn’t anyone go for a win-win situation like that?

PI cases are distributed into several categories, but vehicle accidents and product malfunctions are the two main types. Another major kind of accident doing the rounds in PI courts is the slip and fall case. Let us discuss each of these in brief.

If you thought that PI cases can only be settled before the victim goes to court, then you can never be more wrong. A defendant’s lawyer can reach out to the plaintiff any time before the jury verdict with an out-of-court settlement offer. The two parties can even reach an agreement post-trial while the jury is deliberating on the outcome of the case.

The settlement reached by both parties is bound by the laws of the state. You cannot go to trial after settling the issue; it won’t be admissible in any court. For instance, if you settle a claim for an agreed-upon compensation due to a car accident, then you will need to sign a document stating that you won’t ever sue the defendant for that particular car accident again. 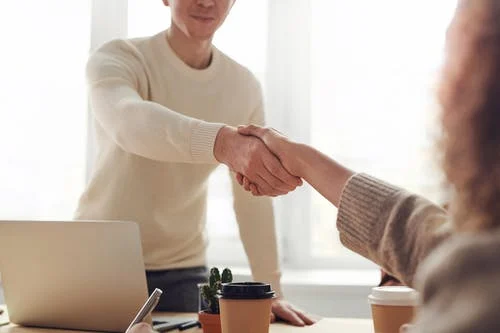 At the end of the day, even though the out-of-court settlement option may not always be as generous as you expected, it definitely gives the optimum results for a personal injury \ claim. You don’t need to sign any multi-paged legal documents or await the uncertain verdict of a jury. It’s a direct transaction between the plaintiff and the defendant where the former can easily reap the settlement benefits. Even insurance companies, be they small businesses or global conglomerates, prefer to settle instead of going through the ambiguities of the jury.

What Are The Fathers’ Rights In A Divorce?