Did you know that Pokémon is the highest-grossing media franchise of all time? First launched in 1996 as a Nintendo Game Boy game, Pokémon soon evolved into a multi-media brand that has grown to an extent that nobody could have predicted. If you don’t know what it’s all about, here’s a quick outline: humans – known as trainers – catch and train Pokémon (a variety of mythical and fantastic creatures) and have them battle other Pokémon. The slogan ‘Gotta Catch ‘Em All!’ has become ubiquitous.

With movies and games the origin, along came a series of collector’s cards and it is with these that the main interest lies. Many of these cards are special editions and collectors pay large amounts for them. For example, one of the rarest Pokémon cards is the New Victory Orb Trophy. Issued to only three trainers who ranked highest in competition in Japan in 1998, one sold at auction in 2020 for a cool $60,000! So, who buys these cards?

While Pokémon is popular with all ages it is clearly the adult collectors who shell out the big money for these cards. Recently, YouTuber Logan Paul – who has more than 3 million followers – purchased six unopened first series Pokémon card boxes. The price was $400,000 – for each box! Nobody knows which cards are in the box, but the value of the 400 cards in each could be considerably more than the purchase price.

US-born rapper Logic, a multi-million selling artist and producer, reportedly paid $220,000 for a first edition Charizard – a single card – at a live auction. The wealthy and with-it trending celebrities in the world of new media and music are clearly the main buyers of these increasingly valuable collectibles. Which are the most valuable? Let’s have a look at some.

Which are the Most Valuable Pokémon Cards?

A 1998 promotional card created by Atsuko Nishida – the original designer of the famous Pikachu character – sold for $375,000 which is believed to be a record. However, it is perhaps unfair to list the top 10 when they are all promotional or special editions, rather than traditional Pokémon cards. Collectors such as those we mentioned above want the proper cards – those issued to the public – that have become hard to find. 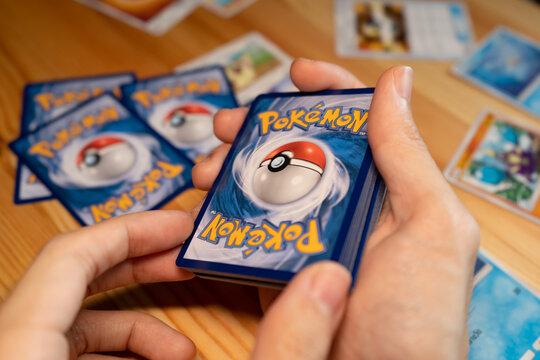 Many collectors who are everyday people enjoy what is a challenging and fun hobby and collect cards that can cost a few hundred dollars. These are also rarities. The Dragonite series of Pokémon cards is highly collected as some have become scarce. Here are a few examples:

It could be said that Pokémon cards are the new postage stamps. Starting a collection need not be expensive as there are reasonably priced cards that are considered collectible. The big money comes with the special editions and those that have printing errors, so it’s worth doing your homework if you are thinking of getting into Pokémon collecting.

We hope we’ve given you some insight into what Pokémon is all about, so have fun searching and enjoy your Pokémon adventure to the full.

The Math Behind Video Poker Games

How to Put Your Tech Skills to Use in the Gaming Industry?